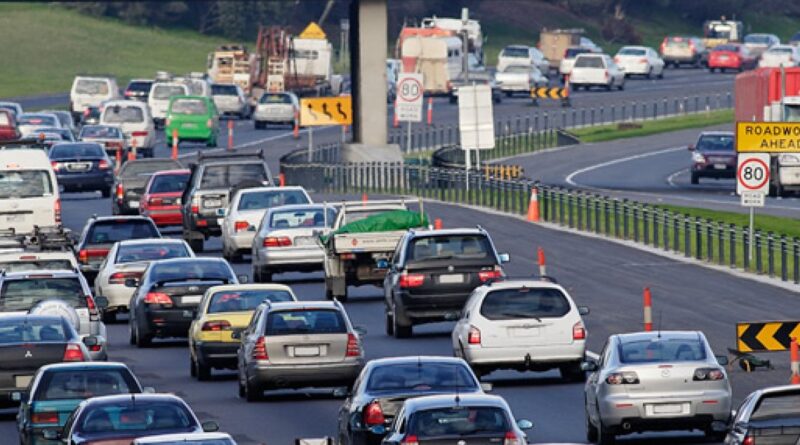 Receiving a traffic violation while outside your home state can be a hassle. Different states have different procedures for handling different types of citations and misinformation abounds about whether defendants must pay citations. While not everything received in the mail is legally binding, ignoring out of state tickets is generally not advised; contrary to popular belief, what happens in Vegas does not always stay in Vegas.

Some motorists mistakenly ignore out-of-state tickets based upon the theory that consequences from the other state will not follow them into their home state. As discussed below, that is generally a mistake. However, there is a limited exception to this rule. Some states used speed cameras or red light cameras to identify motorists allegedly speeding or running red lights. These tickets would arrive by mail demanding money and listing the options that the sender claims are available to the defendant.

Traffic camera schemes are operated by private companies, which have agreements with certain municipalities authorizing the private company to send citations. In most jurisdictions, these notices are strictly controlled in terms of both time and the extent to which they impact the defendant’s life. As a result, many of these official-looking letters have no legal teeth.

A common theme of these demand letters is that the company will demand a small fine and threaten to issue an actual citation if the fine is not paid. One major issue with enforcing these types of citations lies with properly serving them on out-of-state residents. In some cases and in some jurisdictions, individuals accused of performing some sort of moving violation by camera can simply ignore the ticket. If the defendant cannot be served properly, no citation will be forthcoming, regardless of what the letter claims. If a legal citation is issued by a law enforcement officer or agency and is filed with the court, it can be fought like any other citation.

The effectiveness of placing the demand letter in the round file hinges upon the law of the state in which the alleged violation occurred. In some states, ignoring these tickets can result in difficulty with registering a vehicle; in others, the private company is expressly prohibited from getting any type of citation issued or affecting the alleged violator’s credit report. Anyone who received a ticket and who is wondering what to do with it should contact an attorney in the state in which the ticket was issued.

Parking tickets incurred out of state should not be ignored. Parking tickets that go unpaid will not result in arrests, but they can result in a wide array of penalties. Out-of-state residents may have their vehicles impounded the next time they enter the state if they have unpaid parking tickets, the alleged debt may be turned over to a collection agency, and in some cases, the unpaid tickets may be used to suspend the defendant’s license in his or her home state. All of these consequences are reasons to contest the ticket within the allotted time frame.

Citations issued in person should be handled differently. Signing the notice to appear is the defendant’s acknowledgement that he or she received the citation and is his or her promise that he or she will appear in court, pay the fine, or contest the ticket by other lawful means. After signing a ticket, alleged violators cannot reasonably claim that they did not receive the citation.

Ignoring the citation will result in severe consequences for the defendant. In such cases, judges will issue a warrant for the defendant’s arrest for his or her failure to appear in court. Failing to appear in court is a crime that commonly results in large fines but little jail time. When the warrant is entered into the Federal Bureau of Investigation’s National Crime Information Center (NCIC), law enforcement agencies across the country will have access to it.

From there, it becomes a matter of when the defendant’s local law enforcement agency decides to serve the warrant. Officers routinely serve misdemeanor warrants for failing to appear in court and defendants should not assume that agencies will ignore the warrant; not every agency will serve every warrant, but defendants should not rely upon that. If the defendant makes contact with law enforcement again, such as by being pulled over for another traffic violation, the defendant will be arrested on the scene.

Defendants must deal with the ticket in some manner, lest they be taken into custody. Unfortunately, dealing with an out-of-state ticket can be challenging. Unlike local citations, appearing in person is rarely practical for citations received out-of-state. Fortunately, most jurisdictions offer a Trial By Written Declaration (TBWD), where both the defendant and the citing officer submit statements to the court and the court reaches a decision. Wether it’s a Tampa DUI lawyer or Los Angeles accident lawyer, any representation will know whether this is a viable option for your particular situation.

For most defendants, a TBWD will be the most cost-effective solution for dealing with an out-of-state citation. In many cases, the original citation will be dismissed upon request of a TBWD and submission of a statement. One of the benefits of a TBWD is that if the defendant loses, he or she can request a trial de novo, or new trial.

When receiving a ticket from outside one’s home state, recipients should seek legal counsel as soon as practical. The exact consequences of ignoring a ticket depend upon which type of ticket was issued or whether any actual citation was issued at all. Certain types of tickets are likely to be dismissed with ease in some jurisdictions and only a certified local attorney would be able to provide competent representation on that issue.

No comments to show.